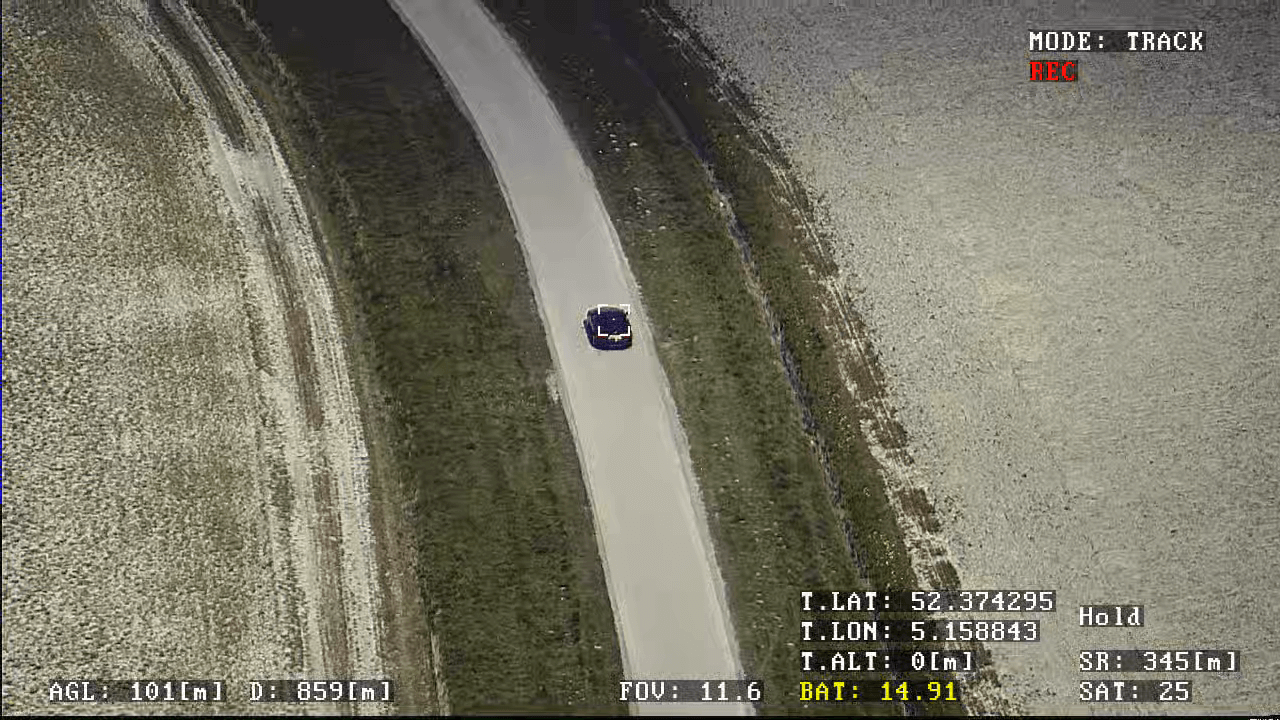 In a previous post we talked about how we released the DeltaQuad Controller. A hand-held integrated remote control with impressive features. In this post we go further in-depth about the implications of this controller and one of it’s most important features: automatic object following.

Up to 50KM HD video range

Using the latest innovations in Device-to-Device (D2D) communication, and smart bandwidth management, the controller can achieve up to 50KM transmission range. Live video has now been integrated not only for the surveillance models, but also for the mapping and inspection models with a live feed of the main camera as well as the FPV nose camera.

Automatic Object Following, in contrast to object tracking, is the ability for the UAV to autonomously follow an object that is being tracked by the camera.
With the release of the new controller, the DeltaQuad Pro #VIEW surveillance model introduces Automatic Object Following. This marks the first time a VTOL fixed-wing surveillance UAV is capable of autonomously following a car, human or even another UAV. Using the touch-screen enabled DeltaQuad Controller, the pilot can tap on any object of interest and activate the following switch. The DeltaQuad Pro will autonomously follow the object of interest until the pilot disengages the object following mode.

The controller comes equipped with VPN secured mobile internet connectivity, through which it can transmit telemetry, HD Video and even manual control input from the pilot. It allows instant switching between a connection based on radio or mobile internet. This adds both redundancy, unlimited range, and remote sharing of video & control for larger screens or command center integration.

The controller provides intuitive manual control in both fixed-wing and hover flight modes. This not only facilitates precision landing, but also allows the pilot to control the UAV directly at long range. The integrated FPV camera system provides situational awareness while the intelligent avionics keeps the UAV stable and at altitude when there is no control input.

This technology has implications across industries. For many organizations in the security sector it is now possible to afford technology with high-end features like automatic object tracking & following. This feature has the potential to change how security businesses operate, especially when you combine this with features like thermal vision.

In other industries the DeltaQuad Controller also provides meaningful solutions. For example for mapping professionals it is no longer necessary to perform multiple test flights because they can get instant HD video feedback about the quality of their mapping data along with situational awareness through the FPV nose camera when flying beyond visual line of sight.

These are just two examples; in upcoming months and years it will be exciting to learn how this technology is being utilized.

“We listen to our customers, and strive to remain at the fore-front of technological innovation. The demand for more control, more range, and more intelligent autonomy came together in this groundbreaking technology. We are proud to be the first VTOL UAV provider that offers live video mapping, automatic object following, full LTE integration, and UAV video & control sharing with command centers. All combined in a simple to use and affordable product”