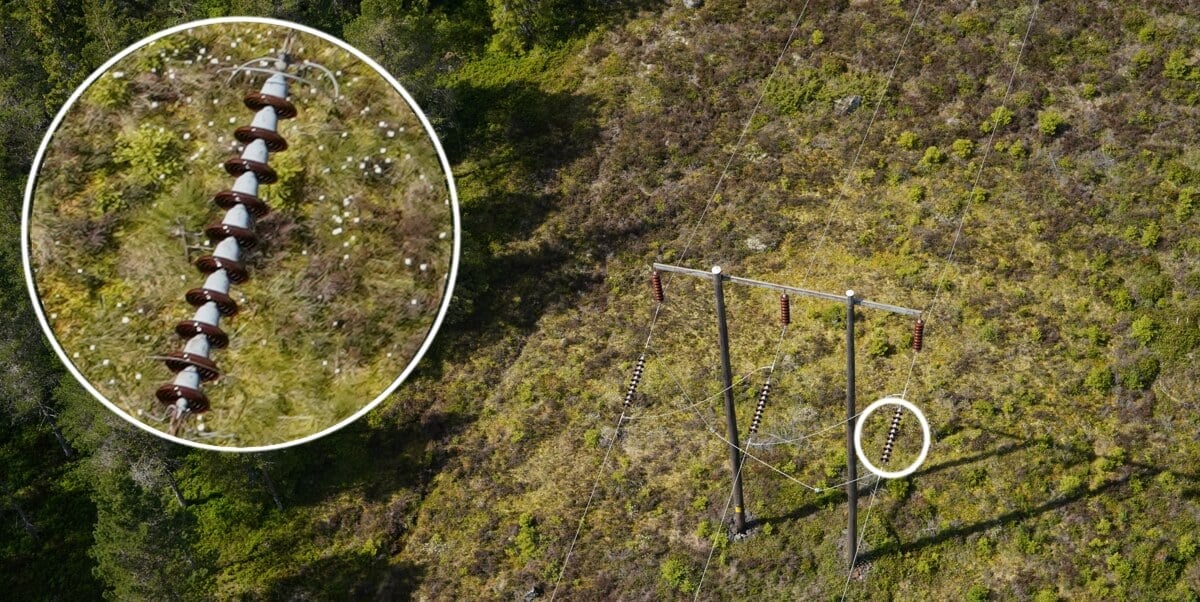 Skyqraft, a data-driven infrastructure inspection company from Sweden, was granted BVLOS operation permission for the DeltaQuad VTOL UAV, to inspect a large portion of the Swedish power grid.

Flying fully autonomous from takeoff to landing, using long-range radio transmission combined with LTE based video and control links, Skyqraft was able to perform multiple BVLOS missions gathering high-resolution images for over 1000KM of powerlines. The resulting data is used for early indicators of failures to the powerlines, isolators, and towers.

The missions are planned to follow the powerlines at a safe altitude using automatic terrain following. The onboard camera is automatically triggered to record high-resolution photographs of the selected path while the operator receives live video and keeps a control link over long distances. Using ADS-B transponder receivers the pilot is made aware of any aviation up to 100km away.

Beyond Visual Line Of Sight Waiver

A DeltaQuad Pro #MAP was initially trialed in Visual Line Of Sight (VLOS) and Extended Visual Line Of Sight (EVLOS). The success of these trials, combined with the advanced failsafe features and a redundant flight system, led the Swedish authorities to issue Skyqraft an additional waiver for the DeltaQuad to fly extended-range missions and to cross populated areas.

With the waiver secured, and after several BVLOS missions over scarcely populated areas, the DeltaQuad was instructed to perform 2 missions crossing the city of Gävle autonomously covering 90KM of powerlines. A significant step forward as this was the first official autonomous BVLOS flight of a fixed-wing UAV over a Swedish city.

To date, Skyqraft has logged over 30 flight-hours BVLOS and inspected more than a thousand kilometers of powerlines.

Using the latest technologies in the field of machine learning, the resulting data sets are automatically analyzed and, faults to any of the core components are flagged for manual review.

Every confirmed fault is added to a daily report combined with imagery and exact geographic location. The reports are dispatched to the designated maintenance teams who in most cases can act within 24 hours of detection.

“The DeltaQuad has enabled us to inspect areas that were virtually inaccessible using regular inspection drones. The advanced planning features allow us to create terrain-following missions in minutes, and even on our longest flights we use less than half of the available battery capacity. The Vertical Takeoff and Landing allows us to operate basically anywhere, and the long-range capabilities significantly reduce the time and effort required to collect the data we need.

DeltaQuad has been a great partner supporting us in every aspect of our UAV operations. Their drones have been performing with such consistent stability and reliability that they are now the core platform in our operations.”

Skyqraft is currently extending its operations to the United States where they are in the process of receiving the first BVLOS waiver for a fixed-wing VTOL UAV from the FAA. For more information on Skyqraft please visit www.skyqraft.com.

The DeltaQuad is a fully autonomous fixed-wing UAV with Vertical Takeoff and Landing capabilities. It can travel up to 100KM in a single flight while carrying industrial-grade sensors such as 61MP camera systems, or dual infrared and RGB surveillance gimbals.